There are some areas where SE400 scores over LB6800PRW. Both Brother machines are excellent in quality and performance. 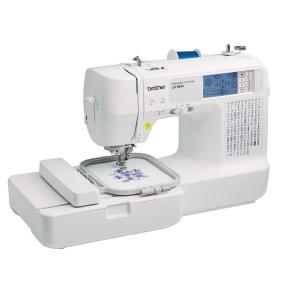 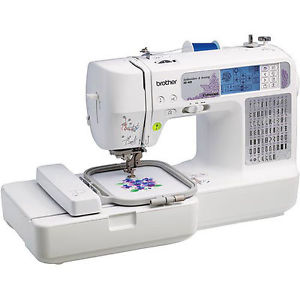 Here I am just talking about the feature differences only, all other common features are listed in the table below. Any difference is highlighted in red.

Project Runway Branding : You pay the additional money for the PRW branding on LB6800PRW. Really? I am more concerned about the quality and performance of an embroidery machine, and I really don’t care about its branding. So SE400 gets a tick from my part.

Carrying Bag : The more apparent difference between SE400 and LB6800PRW is the rolling tote bag that comes with the later. The rolling bag, to me is not a big deal as I don’t move my machine around. The bag will be handy for those who have portability as top priority. It is a beautiful bag by the way.

Presser Feet : SE400 comes with 8 standard presser feet whereas LB6800PRW has only 7.

Accessories : There are some minor differences in the number of accessories you get. SE400 comes with an extra screwdriver and felt with stabilizer. All other common accessories are –

Brother SE400 vs LB6800PRW feature comparison table is given below

The difference between both the machines come down to the rolling bag, 1 presser feet and felt. If you ask me which machine would you buy. I would always go with SE400, I am not really worried about the carrying case. SE400 comes with 1 extra presser feet, felt with stabilizer and an extra screwdriver, moreover SE400 is the least expensive of the two.

I will share one more interesting statistics with you. The selling ratio between SE400 and LB6800PRW is 6:1, which means 6 SE400 machines are sold by the time a person buys 1 LB6800PRW. It is very clear that most people choose SE400 over LB6800PRW considering the cheaper price for the same features. Moreover SE400 features in our list of ‘Machines You Can Buy With Your Eyes Shut’. There are only 5 machines in that list and SE400 is one among them. So you don’t need to worry about its quality and performance.