Singer Athena 2000 is an age old workhorse. It has been over 40 years ever since it was launched. It has very good fan following even now.

We are in 2015 and I am surprised to see the interest for Singer Athena 2000. Actually Athena 2000 was released by Singer in 1970’s and it was the first electronic sewing machine to go on sale. The response was tremendous and the machine sold like hot cakes. It was an absolute magic machine to sew on. I know people who own it even now after 40 odd years. Even now people are searching for it. I have tried all the ways to find one, just to show it to my students and demonstrate  the kind of quality that older machines used to have. Unfortunately I couldn’t find one. 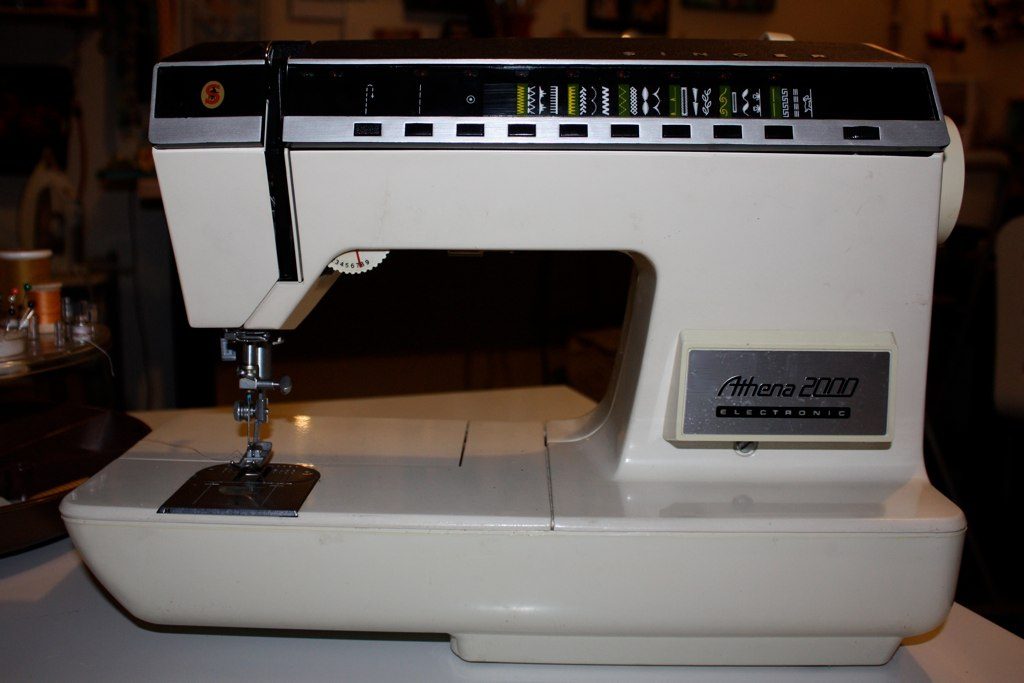 When Singer released Athena 2000, the best thing they did was, they made it future proof (that is the reason why people are still looking for it). I am not here to give an analytical review of  Singer Athena 2000. If you are searching to buy Athena 2000, you will be disappointed I guess. I have searched online and at retail stores selling vintage machines, but I couldn’t find one. Even interesting thing is that, I found the user manuals on sale for few dollars at some online stores (there were no machines for sale).

Even if you do manage to find a machine, it will be very hard to get it repaired as most repair shops don’t have the expertise to repair such age old machines. So you can consider yourself very lucky if you can get it repaired and sew on it. That’s it. That’s pretty much the information I have to share with you. For me, Athena 2000 is an elusive machine.